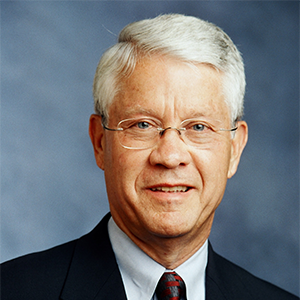 Bernard (Bernie) J. Milano has accomplished so much during his more than 50-year career at KPMG LLP and the KPMG Foundation. He graduated from Temple University with a Bachelor of Science in accounting, then started his career as an auditor in KPMG’s Philadelphia office, eventually becoming president of the KPMG Foundation.

Throughout his career, Milano has been a leader in driving diversity and corporate responsibility efforts. Perhaps the greatest example of this is the development of The PhD Project—a KPMG Foundation program initiated in 1994 to increase diversity in corporate America. Founded on the premise that advancements in workplace diversity could be accelerated by increasing the diversity of business school faculty, The PhD Project, along with a network of supporters, sponsors, and universities, helps Black/African Americans, Latinx/Hispanic American, and Native Americans attain PhDs and become the business professors who will mentor the next generation of leaders.

The program’s 5,000 USD annual budget has grown to over 2.3 million USD today and has more than quintupled the number of minority business faculty from just 294 in 1994 to over 1,300 today. Through The PhD Project, Milano has inspired hundreds of underrepresented professionals to take the path to the academy. In turn, these professors inspire hundreds—if not thousands—of future business leaders every day.

Milano has always contributed at an extremely high level of performance, as evidenced by his many awards, such as induction to The PhD Project Hall of Fame, the National Association of Black Accountants (NABA) Legends Award, the American Institute of CPAs Special Recognition Award, and the Dean’s Distinguished Recognition from the National HBCU Business Deans Roundtable. He was also awarded the Outstanding Leadership in the Advancement of Diversity in Business Academia-Diversity Section of the American Accounting Association, the Consortium for Graduate Study in Management Sterling Schoen Achievement Award, and the Champions of Diversity Award from Working Mother Magazine. In addition, he has received an honorary Doctor of Humane Letters degree from Kent State University and an honorary Doctorate in Humanities from North Carolina A&T State University.

Milano has continued to give his time, resources, and expertise by sitting on the inaugural board of the newly created Center for Ethics, Diversity and Workplace Culture at Temple University's Fox School of Business. His experiences, knowledge, and creativity are useful and inspiring to his fellow board members who are senior diversity, equity, and inclusion executives at some of the largest corporations in the country, including Walmart, AIG, Aon, Campbell's Soup, Lockheed Martin, Advanced Auto Parts, Nixon Peabody, Rothman Orthopedic Institute, PwC, Lincoln Financial, Comcast, EY, and FMC Corporation.

Finally, Milano's generosity of spirit; his willingness to meet with faculty, administrators, and students alike; and his open and welcoming nature make him an asset on the board and an inspiration to all of those who work with him.