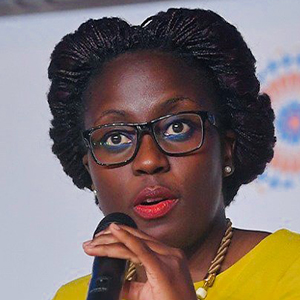 As one of the youngest CEOs of a fintech corporation in Africa, Natalie Jabangwe carries a lot of weight in the digital transformation arena. The platform has changed the way digital policy and innovation is shaping the economic transformation framework on the continent. EcoCash is one of Zimbabwe’s fastest-growing mobile money services, from telecoms provider Econet Wireless. When EcoCash launched in 2012, financial inclusion in Zimbabwe was low and only 10 percent of the population banked. Under Jabangwe’s helm, EcoCash is now the largest financial service in the country, with over 9 million customers, and the second largest by contribution on the African continent. The country’s banking market is now at 90 percent because of EcoCash, contributing to nearly 75 percent of GDP in terms of values processed.

Jabangwe is committed to helping shape technological solutions and digital inclusion to address the many socioeconomic challenges in Africa. These issues began back in the late 1990s and led to a full-scale financial crisis and collapse of the economy in 2009. Hyperinflation saw local currency become worthless, and it was later abandoned in favor of foreign currencies. The crisis led to high distrust of “traditional” banks and isolated the more rural communities where cash flow was poor and payment systems limited. EcoCash provides people with a solution outside of the traditional bank account, meeting the needs of the informal economy and allowing money to be transferred quickly and easily.

Led by Jabangwe, since 2014, EcoCash has revolutionized how the people of Zimbabwe transfer money, bringing back financial control and independence to many. The organization has helped build the economy from the bottom up, supporting those who were previously financially excluded due to the failing economy. Jabangwe has been at the forefront of driving this change and embodies the company’s ethos of improving people’s lives. During her time at EcoCash, Jabangwe has headed a team of more than 200 employees and managed relationships with over 50,000 channel partners. She has increased customer growth to 9 million, driven revenue of more than 200 million USD per annum, with an end-to-end oversight of the 16 billion USD that is processed annually (equivalent to more than 70 percent of Zimbabwe’s GDP).

Jabangwe is involved in several organizations that champion and inspire the leaders of tomorrow. She is an ambassador for U.N. Women’s Entrepreneurship Day—a group of the world’s leading women in business, with the mission of alleviating poverty by empowering, celebrating, and supporting women in business worldwide.

Jabangwe has numerous accolades to her name. In 2018, she was named a World Economic Forum Young Global Leader, joining a stellar group of thought leaders and change-makers influencing policy globally. She was also named in the top upcoming African economic leaders by Choiseul 100. She was appointed to the U.N. Secretary General’s first global Digital Financing Taskforce, shaping the way financial technology is harnessed to advance the U.N. Sustainable Development Goals.

← Back to 2020 Influential Leaders