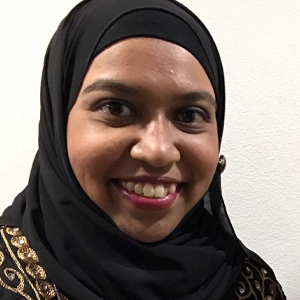 Shereen Williams is a Regional Community Cohesion Coordinator for East Gwent, battling hate crime, terrorism and inequality in Wales. She was made an honorary member of the Most Excellent Order of the British Empire (MBE) in 2017, an honor given for her service to the community and contributions in interfaith work.

In her job, Williams is the lead for managing community tensions, tackling modern-day slavery, overseeing the Syrian refugee resettlement program, and ensuring that the local government fulfils its public-sector duty in thwarting extremism. She works with senior leadership, elected members, partner organizations, and communities to ensure community cohesion. In 2010, Williams was presented with a Recognizing Achievement Award for her work.

Outside of work, Williams is invested in the Tackling Violence against Women agenda and supports victims of domestic abuse, honor-based violence, and forced marriages. Her interfaith work earned her the distinction of first female Muslim chaplain of a Swedish university in 2010. Williams’ work has garnered a host of community awards and respect from policymakers and community members alike. It has also taken her to conferences in Europe, where she speaks on anti-hate and integration issues.

Over the past 12 years, Williams has used her business acumen to help Ethnic Youth Support Team (EYST) build capacity, expand their project delivery, and become financially sustainable. As EYST’s treasurer, she worked in partnership with the Council of Ethnic Minority Voluntary Organizations to identify potential funding streams. She helped the management and staff of EYST develop a business plan, secure long-term funding, and establish charitable status. Within five years, EYST was able to move into a larger facility, employ additional staff, and enter the public procurement market and bid for various public sector contracts. EYST has also established itself as an organization that actively challenges extremism.

Through her advocacy work with victims of domestic abuse and women and girls affected by honor-based violence and forced marriages, Williams made a public appeal on behalf of a victim in 2012. A video of the appeal went viral and inspired similar support networks, including one in Singapore called Bac Basics. Her continued efforts to speak up against the culture of silencing victims within sections of the Muslim community in the U.K. have come at a price. She has received threats and at times has required police protection for herself and her family. Despite all of this, she continues to support victims and advocate on their behalf.