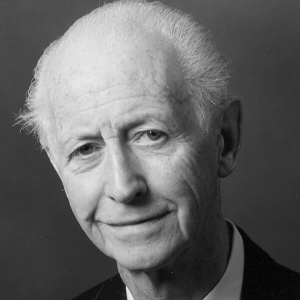 Area of Impact:
Education or Academe

Professor Michael MacCormac has left a legacy of high standards, innovation, and a desire to lead change and create impact in business education for the University College of Dublin and all of Ireland.

Professor Michael MacCormac has made a unique contribution to the development of business education in Ireland. In the 1950s, the commerce degree had mainly economics content, with accountancy as the major secondary component. MacCormac was the driving force in developing business studies in commerce to its present preeminent position at University College Dublin (UCD).

In the early 1960s, after touring leading business schools in the United States, MacCormac returned with a blueprint for the future. His initial ideas for a postgraduate qualification in business were greeted with much disdain, skepticism, and an absence of support from his UCD colleagues. However, he persevered, and in 1964, MacCormac set up the Master of Business Studies and the Master of Business Administration (MBA) degrees at UCD, the latter being one of the first MBAs established in Europe.

He believed that business education was key to Ireland’s future success, and the executive MBA program was developed to provide business courses to people who had not completed undergraduate business degrees, such as engineers and scientists. MacCormac recalled, “I wanted them to broaden themselves to business, to get some knowledge of the total business world. It worked very well and that was the root of the MBA.” The course was first advertised in 1964 and 200 applications were received for just 15 places. The first graduates completed their Executive MBAs in 1966.

He was adept at raising funds, and sponsored chairs enabled him to attract exceptional staff to UCD. He served as dean of the Commerce Faculty from 1973 to 1980 and was a member of the college's governing body, as well as of the National University of Ireland (NUI) Senate.

Fifty-three years later, the UCD Smurfit MBA program has shaped over 3,900 business leaders and entrepreneurs, many of whom have been prominent figures in the Irish and international business arenas. Consistently ranked in the world’s top 100 MBA programs by both the Financial Times and the Economist Intelligence Unit, the MBA program at UCD is a testament to the vision and legacy of MacCormac.