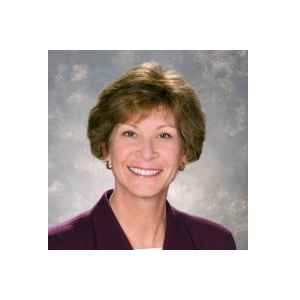 Area of Impact:
Mentorship or Leadership

A female pioneer in information systems, California State Polytechnic University, Pomona alumna Diane Miller serves as a role model for both women and minority students, encouraging them to pursue STEM-related degrees and careers.

A female pioneer in information systems, California State Polytechnic University, Pomona alumna Diane Miller serves as a role model for both women and minority students. Guided by Miller’s visionary leadership, Northrop Grumman and their partners have assisted and inspired thousands of young students around the world to pursue higher education degrees and careers in science, technology, engineering, and math (STEM).

In the critical field of cyber defense there is a staggering shortfall of qualified professionals. Miller has emerged as a strong advocate and industry voice for building a diverse pipeline of cybersecurity talent globally. She oversees a number of cyber workforce initiatives at Northrop Grumman as well as with their worldwide partners that impact hundreds of elementary through high school districts and universities. These programs include CyberPatriot and the National Youth Cyber Defense Competition created by the Air Force Association in the United States, as well as international programs in the United Kingdom and Saudi Arabia.

CyberPatriot is a competition designed to inspire middle and high school students in the U.S. toward careers in cybersecurity and other critical technical disciplines. In the 2016–17 academic year, nearly 30,000 students participated. With a focus on urban school districts, minority students account for approximately 40 percent of participants. Female participation at 23 percent outpaces the national average of 12 percent in STEM-related programs. Nearly 88 percent of CyberPatriot alumni are enrolled in four-year STEM programs, and 82 percent of those who earn higher education degrees are employed in a STEM-related field.

""CyberPatriot's success has been phenomenal,"" said Sandra Evers-Manly, president of Northrop Grumman Foundation. ""In 2010, we signed on to help our nation build a much-needed pipeline of cyber defenders ... the program has reached hundreds of thousands of students, worldwide. We couldn't be more proud of the program's success, its focus on diversity, and its impact on our economic and national security.""

Miller also speaks at a number of prestigious international academic and professional conferences that are focused on inspiring women to pursue STEM degrees and careers, including the upcoming National Initiative for Cybersecurity Education K12 Conference. She is active in numerous federal and state and local boards, academic institutions, and nonprofit organizations and participates in several public-private partnerships.

Miller is based out of Northrop Grumman’s Virginia headquarters, yet her dedication to her alma mater is unwavering. She serves in a number of capacities on campus, including as a member of the President’s Strategy Development Council, and sits on several review committees for National Science Foundation grants. For her efforts, she received the campus designation as a Center of Academic Excellence in Cyber Security Education by the Department of Homeland Security and the National Security Agency.