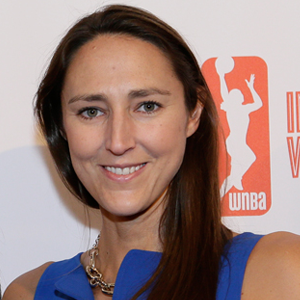 Ruth Riley’s basketball career is amazing in and of itself: a national championship for Notre Dame, two WNBA championships, a gold medalist in the 2004 Athens Olympics, and many more accolades. But throughout her successes, Riley always centered her efforts on giving back to others. Among her recognitions for service, she received the WNBA’s Community Assist Award in 2008 and 2012. She returned to Notre Dame to earn her Executive MBA after retiring from pro basketball in order to gain the knowledge and skills needed to better serve her causes. In April 2016, Riley was named general manager of the San Antonio Stars.

Riley has consistently used her athletic success toward a considerable social impact on several fronts, including the following roles: