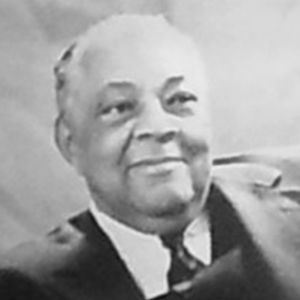 Area of Impact:
Education or Academics

Wilson was born July 20, 1915, in Paducah, Kentucky. "His father was a Pullman car porter, and his mother and grandmother, Elizabeth Day, were public school teachers," according to an article in the Houston Chronicle recalling Milton’s life. The article further states, “After graduating from Lincoln High School in Paducah, Wilson earned a bachelor's degree from West Virginia State College. He later received a master's degree and two doctorates from Indiana University at Bloomington.""

Wilson's first job was as head of the accounting department at Hampton Institute in Virginia, followed by the same position at Dillard University, in New Orleans. In 1949, Wilson came to Texas Southern University in Houston to start a business program, where he established and headed the department of business, which became the school of business.

During his time at TSU, Wilson also taught as a visiting professor at the University of Chicago and Harvard University. In 1952, he became a certified public accountant, one of the first African Americans in Texas to do so. He left TSU in 1970 to teach at his alma mater, Indiana University at Bloomington, but was there for only a year when he was invited by then Howard University president James Cheek to establish a school of business there.

Howard's business school began with eight or nine faculty members and about 200 students, and it grew to nearly 80 full-time faculty members, with roughly 1,800 students under Wilson’s leadership. The school of business is now the second largest school on Howard's campus.

← Back to 2015 Influential Leaders