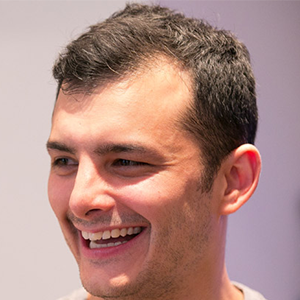 Founding CEO and Entrepreneur in Residence, The B Team

Area of Impact:
CSR or Sustainability

Derek Handley is a New Zealand entrepreneur and former Founding CEO of The B Team, which he helped set up alongside Sir Richard Branson and Jochen Zeitz. The B Team is a global leadership collective aimed at making business work better for people and the planet to meet the challenges of the 21st century. It comprises 16 iconic members such as Sir Richard Branson, Arianna Huffington, Ratan Tata, and Professor Muhammad Yunus.

Handley started The Hyperfactory in 2001, one of the first strategic and technology houses in the world specializing in helping Fortune 500 brands navigate the mobile world. It was cited as Entrepreneur magazine’s Top 100 Brightest Ideas of 2010 and Brandweek’s 10 Biggest Ideas of 2008, and it was acquired by Meredith Corporation in 2010. During these years Handley was named a Sir Peter Blake Trust Leader, KEA World Class New Zealander, NZ Herald Business Leader of the Year, and NZ EY Young Entrepreneur of the Year.

In 2013, Derek released his first book, Heart to Start, a memoir about the beginning of his own entrepreneurial journey and how he came to realize that while business and entrepreneurship are the most powerful and inspiring forces of progress, in this century they have a far greater responsibility than purely financial profit.

Handley is also a committed astronaut-in-waiting with Virgin Galactic, an adjunct executive professor at Auckland University of Technology, chair and cofounder of NZAX-listed B-Corp Snakk Media, a board director at Sky Television, and a New Zealand Arts Foundation trustee.

Handley received his bachelor of commerce and administration (BCA) and bachelor of building science (BBSc) degrees in 2000 from Victoria University of Wellington. He has also completed executive training programs from several renowned universities.

← Back to 2015 Influential Leaders