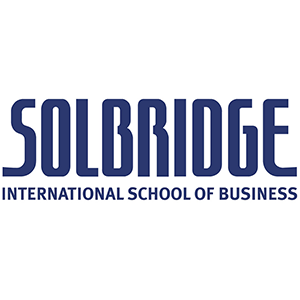 Dubbed “Asia’s Silicon Valley,” the city of Daejeon is a key site for technological innovation, and serves as a transportation hub due to its central location and railway infrastructure. Such features helped Daejeon to win the bid to host the United Cities and Local Governments (UCLG) World Congress in 2022, and the city now readies itself to receive over 5,000 international delegates from over 140 countries, virtually and in person. However, Daejeon is similar to other regional governments in that they lack resources to provide adequate support for international visitors and inhabitants.

The international image of South Korea through key industry leaders, such as Samsung and Hyundai, and through exports such K-Pop and K-drama, are mostly limited to Seoul and surrounding areas. As the host of UCLG, Daejeon needed to increase international accessibility and accommodate the needs of foreign visitors. SolBridge International School of Business, on the other hand, had been active in internationalizing, forming over 300 memorandums of understanding with partner universities and companies worldwide—but less active in connecting with local actors.

As part of the effort to balance its internationalization with localization, SolBridge spearheaded the Daejeon Global Forum in 2020, inviting members of the local government and business for bimonthly seminars. But SolBridge was keen to involve students in this “glocalization” initiative, since its diverse student body—from over 60 countries—is one of its unique assets. SolBridge approached UCLG and Daejeon Metropolitan Rapid Transit Corporation (DJET) with a plan to face these challenges together.

SolBridge’s objectives with this innovation include:

SolBridge announced this initiative to its student body, and through a competitive process, selected 10 students from 10 different countries: China, Ethiopia, Germany, Hungary, India, South Korea, Nigeria, Norway, Russia, and Uzbekistan, to serve as ambassadors to DJET, and 10 other students from Brazil, France, India, Indonesia, South Korea, Norway, Russia, Uzbekistan, and Vietnam, to serve as ambassadors to UCLG.

Over a span of two months, the SolBridge DJET ambassadors visited Daejeon Station—the city’s principal railway station that also serves as the Korea Railroad Corporation (KORAIL) headquarters—and were actively involved in facilities management, customer service, depot facilities, and general facilities management. In December 2020, the student ambassadors presented their findings to DJET’s CEO and directors, who subsequently implemented relevant changes. SolBridge UCLG ambassadors are replicating such tasks at a broader level to support the city to ready itself for participants from all over the world.

The Think Global–Act Local initiative has broken down cultural and linguistic barriers and fostered inclusion in Daejeon and surrounding regions. First, the collaboration between DJET and SolBridge has sparked the expansion of international exchange and global engagement within Daejeon. Second, our students served as ambassadors with the aim of representing not only the school, but also their own countries. In the pursuit of creating a more internationalized subway network, students collaborated with local transport specialists and strove to find solutions that would improve the experience of international visitors, including UCLG global representatives. As a result, the railway leadership team has gained a greater awareness of the importance of cultural differences, diversity, and inclusion.

Notably, through the SolBridge-DJET collaboration, all participants gained knowledge of cultural diversity, negotiating international perspectives, and assimilating multicultural observations through shared experiences. More impactful still is the predicted increase in diversity and inclusiveness on Daejeon trains and platforms where, as a result of our innovation, people from various cultures, languages, and ethnicities will be able to interact with one another more easily, forging stronger relationships throughout.

Finally, all students of SolBridge can actively take part in UCLG World Congress in 2022 and be matched to participants from each participating region. These initiatives, along with the faculty-led SolBridge-Daejeon Global Forum, will ensure that all members of SolBridge—students and faculty—are contributing to the local community, helping to develop Daejeon while providing invaluable experience for our students.

←Back to 2022 Innovations That Inspire