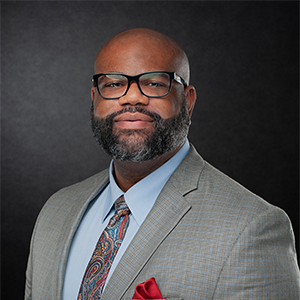 In 2005, at the age of 24, Nicholas Perkins launched Perkins Management, which has grown into a multimillion-dollar company with a diverse portfolio of clients. Most recently, Perkins purchased the Fuddruckers burger chain, becoming the first African American with 100 percent ownership of a national hamburger franchise in the country.

A mere 5 percent of businesses in the U.S. are owned by African American entrepreneurs, even though African Americans comprise 13 percent of the population. Upon acquiring Fuddruckers, Perkins expressed his commitment to increasing diversity among franchise owners by exploring new opportunities for underrepresented groups to participate in restaurant ownership. For example, during the pandemic, restaurant owners sought to occupy smaller spaces, lowering the costs associated with franchising and boosting the chances of people of color and women to enter the franchise business.

Perkins’ commitment to diversity and inclusion is evident in his work with the National Urban League (NUL), where he became the youngest person to be appointed as a trustee on the NUL board. He is a strong supporter of economic development and the creation of job opportunities within African American communities. He says, “Business enterprises are often born out of necessity and should be designed to uplift not just the proprietor but also the surrounding community.”

Perkins earned an MBA from Howard University and a BS in business administration and management from Fayetteville State University, which have enabled him to successfully navigate the complexities and challenges of business ownership. Evidence of his ability to draw upon his business education to achieve entrepreneurial success occurred when he closed the deal with Fuddruckers and was quoted as saying he will “implement a three-phase strategic plan to focus on stabilizing the company, repositioning the brand, and developing a growth strategy.”

Perkins is driven by a deep sense of purpose and responsibility to create positive change. Coming from very humble beginnings—he was raised by a single mother and his grandmother in public housing—he is clearly an inspirational role model for disadvantaged and underrepresented populations. He launched his first business in food service as a path to overcome those circumstances, and, despite his success, he has never forgotten those he left behind. A.G. Gaston, a prominent civil rights-era leader who used his many businesses to support those facing adverse socioeconomic conditions and discrimination, greatly influenced Perkins’ views on the importance of social entrepreneurship and giving back to the community.

Providing mentoring and outreach to those less fortunate also plays an integral role in Perkins’ life. As an adjunct faculty member at Fayetteville State and Howard University, he has always invested the time to connect with students and is relentless in his advocacy of entrepreneurship as a viable and lucrative career path.