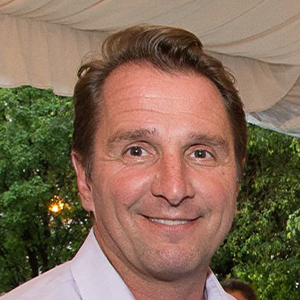 Mark Duhon is a natural leader whose personal and professional journey began as an undergraduate business student at The Ohio State University Max M. Fisher College of Business. After seeing the impact that education can have on an individual, Duhon endeavored to put the business skills he learned at Ohio State to work by helping others achieve life-changing educational goals.

Duhon’s story is one of commitment in action, especially in the diversity, equity, and inclusion space. Nearly 30 years ago, Duhon found himself volunteering at an elementary school in Cabrini-Green, a public-housing project in the heart of Chicago that at the time was synonymous with violence, crime and poor living conditions. Duhon saw firsthand that gang violence, drugs, teen pregnancy and crime often derailed any chance the students had at academic success, forcing many to abandon their education while in middle or high school.

In directing HighSight, Duhon has demonstrated a passion to equip young adults to succeed in and out of the classroom as members of the next generation of leaders. For nearly 30 years, the organization has challenged its scholars academically and socially to meet the demands of high school and excel in college and in life.

The impact of HighSight is undeniable. By working with a network of schools, programs, and community-based organizations throughout Chicago, the organization engages more than 250 high school and college students each year; 95 percent of the scholars are Hispanic or Black and come from households with a median income of 29,500 USD.

HighSight is delivering on its mission to change lives through education: 90 percent of the program’s students are on the honor roll with grade point averages that are 20 percent higher than their classmates’. During the past decade, 100 percent of HighSight graduates have received a full-tuition scholarship to at least one four-year college, resulting directly from Duhon and his team creating a top-notch college-access formula. HighSight scholars graduate from college at seven times the rate of their socioeconomic peers nationally.

One graduate said, “My mother always expected me to go to college. For me, I never knew how to get to college until my involvement with HighSight. They provided the resources and mentoring throughout the application process, which helps first-generation students like myself successfully navigate their way to higher education.”