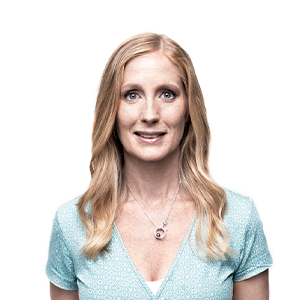 Kerstin Cooley, a pioneer among female investors in Sweden, has championed gender equality on the investor side, but has proven her influence on the entrepreneurial side as well. Thirty percent of the companies in the Brightly portfolio have female founders—a significant increase from the global average of 1-10 percent. Brightly Ventures measures gender balance, reports back to all investors involved, and also raises active dialogue on the issue.

Since 2013, when Cooley, as a founding partner and CEO started the private capital firm MOOR—largely funded by the owner of gaming company Rovio, of Angry Birds fame—she has been a leading force towards gender inclusiveness in the industry. In recent years, she has served as a mentor to women in several organizations, including Level 20, a nonprofit organization dedicated to improving gender diversity in the European private equity industry; Peak Accelerator, aimed at companies in all areas with a natural focus on sustainability, renewable energy, health, and an active lifestyle; and Unconventional Ventures Accelerator, the first-ever digital accelerator for underrepresented founders in the Nordics.

Cooley is a member of Women in VC, a global community to promote and help other women in the industry, has been nominated among the top 20 female investors in Sweden, and is regularly featured in Sweden’s largest business magazine, Dagens Industri (Today’s Industry), on issues related to gender diversity on both the investor side and entrepreneur side.

Cooley graduated with a Master of Science in international business and started her career at Silicon Valley-based Echelon. By taking the international leap to the U.S. and entering the tech sector, Cooley has shown the next generations of leaders how to break new ground. She has been able to apply knowledge gained through her degree to identify business needs and devise solutions, but the “softer” skills, such as economic history, organizational theory, and leadership, have helped highlight the importance and value of diversity in adding value to business processes.

While gender equality, generally speaking, has traditionally had a relatively strong foundation in Nordic countries, this has not been the case in the investment or tech industries, where Cooley is now having an impact. She says, “We are heading for change in gender diversity in the industry, and it seems to be happening at a fairly rapid pace.”

She is dedicated to raising these issues in an international arena, as well. One way she does this is by taking part in many international, mostly male-dominated panels within the investor industry. For example, she has been a member of the GP Bullhound Investor Allstar jury for many years. And while gender issues have been at the forefront of Cooley’s contribution, she knows true diversity goes far beyond that. She says, “I have a strong belief that heterogeneous groups perform better than homogeneous ones.”