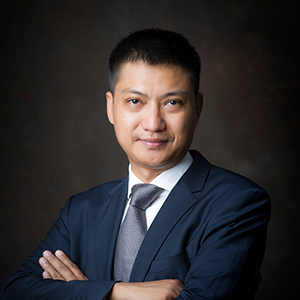 As the founder and CEO of 2C2P, Aung Kyaw Moe has taken the small startup with a handful of employees to a multinational firm with 500 employees; revenues exceeding 100 million USD; and operations across Southeast Asia, North Asia, Europe, and the U.S. His personal drive for inclusion has established a diverse team comprising 50 percent women—almost unknown among unicorn tech startups—and includes employees representing 18 nationalities, with passports from 23 countries, creating an organization of unparalleled innovation.

A Myanmar native, Aung studied in Yangon, mastering computer programming by day, despite not owning a computer, and writing his programs on paper. By night, he was a boutique hotel butler, earning just 7 USD per month. In 1999, a sudden change in U.K. student visa policy left him stranded in Bangkok. Despite these challenges, he found employment as a computer programmer, married, started a family, and seized the opportunity to start his own company.

Aung notes, “I’m quite certain that without Sasin, I would not have been able to achieve everything I’ve done in my life.” He declares that when he entered Sasin School of Management for his Executive MBA (EMBA), he was “just a computer programmer nerd,” blindly trying to run a startup. But when he left, he was “a capable CEO who understood that running a company was all about effectively managing a team of people.” As part of his EMBA, Aung studied venture capital funding with a visiting Sasin professor who was himself a venture capitalist. Aung credits this course and subsequent mentoring by the professor with changing his startup’s trajectory. Fifteen years later, the professor continues as Aung’s mentor and a member of his company’s board of directors.

Following his EMBA at Sasin, Aung earned an Advanced Certificate for Executives in Management, Innovation, and Technology from Massachusetts Institute of Technology’s Sloan School of Management; completed the Owner/President Management program at Harvard Business School; and, in June 2021, became an early adopter of Sasin’s inaugural Doctorate of Business Administration program.

Now a leading industry expert, Aung was recognized as one of Asia’s Top 25 Entrepreneurs by Businessweek in 2009 and by the World Economic Forum as a think tank member. Aung has also won several programming competitions, including the Grand Prize in Nokia’s Calling All Innovators contest (2009) and the Mobile Payments Solution award at the Global Mobile Innovation Show (2010).

Every year, Aung speaks to Sasin’s incoming students about his personal journey and how he did whatever it took to achieve success, recounting how he refinanced his pickup truck seven times to keep his first startup afloat. He says he wanted to give his newborn son the best possible education, something he didn’t have when he was young.

As one Sasin student who attended a talk commented, “Aung’s story shows us the power of resilience and persistence. It was an inspiring talk that I’ll never forget.”