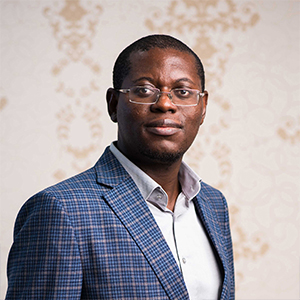 TIAS School for Business and Society

According to the London School of Hygiene and Tropical Medicine, up to 158,000 deaths annually are linked to fake anti-malarials in Africa alone. In 2007, Bright Simons founded mPedigree initially as an NGO to harness user-friendly technology and enlist partners to protect his fellow Ghanaians from drug counterfeiters.

The concept quickly caught on in neighboring Nigeria and other countries and attracted global giants like HP and Xerox. It grew into a social enterprise that spans three continents, partners with more than three dozen telecom operators, and builds broad capabilities, from sensors to software, in health and food security, transparency, and governance.

Simons’ consumer protection systems now cover a variety of products, from vaccine quality control to seed systems enhancement. The partnerships of mPedigree with regulators, industry, and consumer activists in Nigeria have contributed significantly to the two-thirds reduction in counterfeit medicines, according to the national regulator. Furthermore, its system for validating the seed quality of crops that constitute nearly 80 percent of the major staples has contributed to food security and helped protect the livelihoods of smallholders in East Africa and elsewhere in the COMESA region. These feats have earned mPedigree global renown, including the prestigious Skoll Award.

While Nigerian mothers can instantly confirm that their children's anti-malarial drugs are pure, and Egyptian pensioners can know they are getting the correct dose of their heart medication, distributors and other middlemen can also check product codes to ensure that the supply has not been compromised.

Simons unites the strongest elements of entrepreneurship, invention, and social activism. His work in securing communities and protecting supply chains for legitimate enterprises to flourish impacts the lives of over 100 million people globally in more than 15 countries.

After years of helping mPedigree scale across Africa and South Asia, Simons and a new team of young innovators started a new company that has successfully prototyped a novel form of sensor. Built entirely from smart polymers, the sensor can track critical physical conditions in delicate supply chains, such as the optimal temperature range for transporting vaccines.

In 2017, mPedigree became a strategic partner of Gavi, the Vaccine Alliance, in the scaling up and delivery of these types of products to the last mile. In the process of incubating this new enterprise at the Harvard Innovation Labs, Simons built a whole new ecosystem of business actors from radically different cultural backgrounds, culminating in patent-pending technologies and a broader network to advance business prospects internationally.

As a leading member of the IMANI Centre for Policy and Education, one of Africa’s most active think tanks, Simons has been a beacon for business professionals in Ghana and beyond, helping them see their role in the broader context of development, social transformation, and civic engagement. Through his role in Ashoka, the Aspen Global Leadership Network, the African Leadership Institute, and the World Economic Forum (WEF), Simons has been an enthusiastic supporter of multiple mentorship programs, including the Global Shapers community, the WEF’s young change-makers support program. He is also a mentor in the We Are Family Foundation’s Three Dot Dash program, which provides mentorship to the next generation of transformational entrepreneurs.