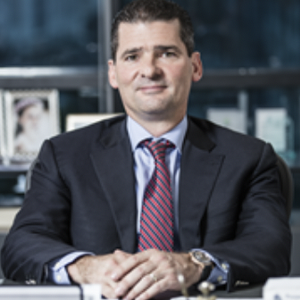 Area of Impact:
Entertainment or Media

Nicolás González Revilla Paredes is president of Medcom Corporation, a Panamanian multimedia company that manages over five television channels and three radio stations. He was also acting General Manager of Cable Onda, a flagship company in the areas of telecommunications, technology, and entertainment in Panama. With an MBA from INCAE Business School, González Revilla has implemented INCAE’s mission to support the development of the region through the creation of knowledge and best practices in the areas of competitiveness and sustainability as a vital key in his business initiatives.

During his tenure at Cable Onda, González Revilla launched the CSR & Sustainability Program. Cable Onda seeks to find balance and harmony between the economic, social, and environmental aspects that will result in a sustainable business. The program started by creating corporate volunteering opportunities, thus strengthening its communication processes so that management teams are empowered and collaborators become spokespersons for the strategy. Additionally, inside the program’s sustainability committee is a systematic meeting place to level, align, and direct Cable Onda and ensure its compliance with the principles of the Global Pact, which is tested through business initiatives and annual assessments.

González Revilla launched the Movimiento Social y Cultura Nueva Generación (Social and New Generation Movement) in 2000 to address the lack of opportunities and safe recreational areas for children in neighborhoods where violence, gangs, and drugs were present. The program consisted of forming a soccer league during school vacations in order to make good use of the children’s time and provide a positive influence. The league was free of charge and accessible to all and gave the community an opportunity to come together and form a safe haven to learn sportsmanship, teamwork, and tolerance through a teaching-learning process. Over time, adding other recreational activities, building new strategic alliances, and joining with sponsors from the private sector transformed the program into a sustainable one.

In 2005, a more elaborate program was presented to the Ministry of Social Development of Panama with the intention to create and operate a community center for children and young adults in low-resource and high-risk communities. The program was accepted, and Movimiento Nueva Generación (New Generation Movement) was formed. Today, the initiative supports 10 community-based projects in five centers, focusing on the areas of computational skills, health, and education through training and other recreational activities.

González Revilla also participates as an active member of the INCAE Panama Graduate Association and as an ambassador of the Country Challenge, an alumni-led program that focuses on strengthening and expanding the graduate network in the country. It also helps raise scholarships funds to support Panamanian candidates who wish to attend INCAE but would not be able to without financial aid. In 2017, with the help of González Revilla and Country Challenge volunteers, more that 120 graduates living in Panama donated to the Simon Vega Berbey Scholarship Fund. These efforts have enabled the association to grant scholarships every year to Panamanian candidates and place Panama as one the countries with the highest-donating alumni rate.