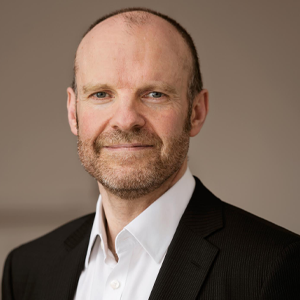 Area of Impact:
Mentorship or Leadership

As philanthropist, founder, and CEO, Iain MacRitchie is helping to establish the model for both educational policy and practice throughout Scotland, using mentorship to provide new opportunities for disadvantaged youth.

MacRitchie’s marketing and brand development expertise has led him into multiple corporate leadership roles. He led the 75 million GBP (just under 100 million USD) buy-in of Maximuscle, helping double sales and profits in three years, resulting in the sale of the company to Glaxo for 162 million GPB (more than 206 million USD) in 2011. He has been recognized with the U.K.'s Turnaround Professional of the Year and Private Company Turnaround of the Year awards. He has also started up three businesses along the way.

MacRitchie has undoubtedly used his business education to innovate and improve business, and has always had philanthropic interests. However, in 2005 he was parachuted in professionally to improve three failing care organizations with 90 homes, five schools, and a foster agency when his philanthropic impulse really kicked in. He turned around the organizations, which were losing 500,000 GBP (roughly 640,000 USD) per month, and got them back to surplus after three years of hard work. Despite the transformation, he saw it made no difference to the outcomes of the young people. He decided he wanted to use his business skills to help disadvantaged youth who are set up for failure. MacRitchie set up a charitable foundation for his MCR Holdings company as a result.

The foundation’s MCR Pathways project is a school-based mentoring program that supports those in or on the edges of the care system to realize their potential through education. The program recruits, trains, and matches volunteer mentors with young people. Starting in one Glasgow secondary school, the program developed. The program has expanded across Glasgow and is now in other council areas.

MacRitchie’s vision is that every care-experienced and disadvantaged young person in Scotland gets the same educational outcomes, career opportunities, and life chances as every other young person. MCR Pathways plans to expand further to support over 2,000 young people in the most challenged areas. The organization has a national ambition to bring mentoring to all Scottish care-experienced and disadvantaged young people, providing mentors to more than 5,000 pupils.

The key part of MCR Pathway’s model is mentoring, but it also includes groupwork and a comprehensive program of bite-size work experiences and access to universities and colleges. MCR's Talent Taster program is now being adopted to reform mainstream work experience programs. MCR Pathways has partnered with Strathclyde Business School to create a revolutionary course based on MCR relationship-based mentoring called Leadership Through MCR Mentoring. will build leadership skills and is accredited. It is hoped that this new course will encourage more mentors who will go on to inspire young people to become leaders themselves. Strathclyde is committed to having 20 percent of staff become active mentors.

Already, MCR Pathways encourages young people to stay on at school, to attain more academically at school, and to choose positive destinations after graduating. The impact of this program can be seen in the figures: the national rate for student retention at secondary schools is 39 percent, while MCR-mentored pupils stay on at 79 percent; nationally, 60 percent of students choose positive destinations after graduation (such as employment and university), while the MCR figure is 86 percent; and the student achievement rate is 61 percent nationally and an astonighing 92 percent for students of the MCR program.

MCR Pathways was awarded the St Mungo Medal that honors positive contributions to the city of Glasgow, and MacRitchie has received the U.K. Points of Light award, which recognizes outstanding volunteers positively contributing to the comminity, bestowed by the prime minister.

MacRitchie’s objective is to be “forgotten” in 10 years, and for this program will be the norm as to how young people are supported in school. There have been discussions internationally, and the model is expected to be taken up by other countries from as far away as Norway and Australia.