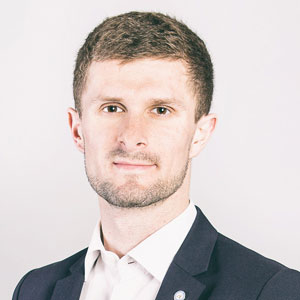 As an individual who can successfully bring together people of vastly different backgrounds, David Timis’ accomplishments span from delivering digital skills training to people in Romania, to raising awareness about sustainability, to empowering youth to be politically active.

Romania occupies one of the last places in the Digital Economy & Science Index (DESI), which measures the digital economy capacity in European countries. As part of his work at Google, David Timis launched the Atelierul Digital online platform and offline caravan in Romania to deliver digital skills training to young people and entrepreneurs and address the digital skills gap.

Timis brought together stakeholders across the government, non-governmental organizations (NGOs), and the private sector to create a successful project. In just two years the program equipped over 100,000 young people and entrepreneurs with digital skills. He worked with the Romanian government, the Ministry of Youth and Sports, and top universities and NGOs to organize nationwide offline training workshops. He also organized Academia Atelierul Digital, a biannual four-day intensive digital marketing bootcamp, and contributed to the construction of five Atelierul Digital Hubs in the major Romanian universities to equip local students and small and midsize businesses with essential digital skills.

As a United Nations Youth Delegate, Timis’ main mission was to raise awareness about the Sustainable Development Goals (SDGs) that were adopted a month after he was selected for the role and sent on a diplomatic mission to New York. Timis led various activities in Romania to promote the SDGs mandate, where he was, in most cases, the first person young people had spoken to about the U.N., SDGs.

Timis’ work has planted the seeds for a generation of more responsible and environmentally friendly citizens. He developed a strategic plan for the mandate focusing on three key pillars: quality education, civic engagement, and better employment opportunities for young people in Romania. He organized a national campaign to raise awareness about the SDGs, meeting more than 500 young people nationwide. He served as a keynote speaker at over 100 events, nationally and internationally, in four different countries on three continents, covering topics such as education, women empowerment, and sustainability. He was also a TEDx speaker at three separate events: TEDxUniversityofGlasgow discussing the importance of finding one’s passion, TEDxEroilor, discussing the U.N.'s SDGs, and TEDxTarguMures, discussing the importance of digital skills. He helped the U.N. Youth Delegate program grow in Romania and supported other countries to implement their own Youth Delegate program.

While young people demonstrate interest in their communities and societies, European Heroes, which Timis co-founded, responds to concerns about their decreasing levels of political participation. The organization aims to inspire young people to take action at a local, national, and European level by providing them with relatable role models and hands-on advice on how to make their voices heard and how to act. This is achieved via the European Heroes online platform that features interviews with young activists who carry out various initiatives with successful impact, paired with “how-to” articles on activism and information on how to make a change, such as discussing how to start a petition or a movement.

By encouraging young people to become civically engaged, Timis is empowering them not only to become activists or get involved in NGOs but also to become future leaders in their communities and countries. He is planting the seeds from which young people can grow into future leaders, not just in business or the private sector, but for society as a whole.