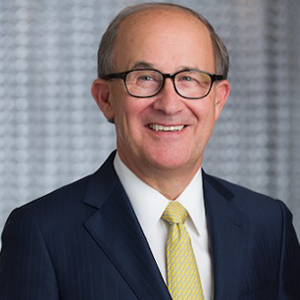 Chairman of the Board, Financial Accounting Foundation

Chuck Noski has gone beyond being a successful accountant; his role as chair of the board of the Financial Accounting Foundation, his position on other boards and committees, and his scholarships and mentoring have solidified him as a leader who enables others to succeed in the field.

Noski has had an impressive career as a leader in the highest echelons of finance and business. Following nearly 20 years with Big Four accounting firm Deloitte, Noski went on to hold senior leadership positions at Bank of America, Northrop Grumman Corporation, AT&T, and Hughes Electronics. Currently, Noski serves as a member of the board of directors and chair of the audit committees of Booking Holdings Inc. and Microsoft Corporation.

Noski also served many years on the CSUN Foundation board, being recognized in 2011 as emeritus director for life. He has helped shape the educational experience of thousands of students by highlighting emerging skills and technologies that needed to be integrated into the Nazarian College's accounting curriculum to prepare students for the workforce.

Recognizing the impact his education had on his success, Noski, along with his wife, Lisa, also a Nazarian College accounting alumna, created an endowed scholarship fund that provides an annual, renewable full-ride scholarship to four promising accounting students who have significant financial need.

While a student at CSUN, Noski worked multiple jobs to pay for his education and deeply understands how challenging this is for a student. Knowing that 52 percent of the Nazarian College’s students are Pell-grant eligible and over 75 percent are immigrants or first-generation college students, Noski wanted to provide scholarship support for students so they could focus on their academic success rather than working to support themselves and their families.

As a first-generation college student himself, Noski also provides mentorship, career guidance, and hard-won insight to each of these students, all of which continues after they graduate and enter the accounting profession. Noski’s support and mentorship have also inspired other members of the students’ families to seek the same opportunities provided by higher education. The impact Noski is having on the lives of these students and their families is incalculable.

Noski’s impact and influence can be felt at some of the world’s largest and most successful companies, as well as within the educational community that trains future business leaders. Noski’s knowledge, steady leadership, and vision have served to inspire the companies he has led, as well as the corporate leaders he has mentored and guided. His confident and seasoned leadership has played a key role in the stability and success of multiple companies.