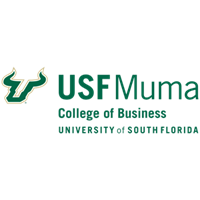 To address unprecedented challenges faced by both businesses and those in need of employment during the pandemic, USF created a free seven-module certificate to help both groups while showcasing faculty expertise.

In May 2020, the business world was largely locked down to stem the spread of COVID-19. Small businesses and larger corporations were eager to get revenues moving. Thinking of the adage, "never let a crisis go to waste," leaders at the University of South Florida (USF) Muma College of Business knew that that’s when new business opportunities would arise, presenting new challenges to those who would be called upon to navigate the reopening.

USF also knew that many alumni and friends were dealing with layoffs and furloughs and starting job searches. These people wanted to learn from the crisis as well as earn a new credential during the time off, one that might pay off in the job search. The college offered a non-credit Post-Crisis Leadership Certificate as a community service. Faculty volunteers created and delivered modules teaching participants how to navigate the transition from the crisis to the new normal. Modules included instruction on leveraging key data and analytics as well as assessing risk and security during business continuity and recovery. One segment focused on supply chains.

Within 40 minutes of its announcement, the 500 initial spaces were claimed, and a waiting list grew to more than 1,200! Additional funds were secured, and the college partnered with a production company and another campus unit to increase capacity to 8,000 spots, which were claimed in just days. Another 1,200 people were on a waiting list. More than 9,000 people from 80 counties viewed at least one module. About 3,800 participants passed all seven quizzes and earned the certificate, along with a digital badge that could be showcased on LinkedIn profiles.

USF partnered with DCE Productions, which provided, free of charge, all technical services for the certificate. DCE created a website with registration, built a production studio, and handled all production services to stream live, synchronous sessions on seven consecutive Wednesdays. This service allowed college staff to create content and promote the certificate via its newsletter, email blasts, and social media, while faculty focused on educational material and recruited guest speakers.

The program was created, promoted, and set up within weeks. A weekly half-hour pre-show featured guests from business, government, and university leadership. It addressed hot-topic issues going on in the community, such as nationwide protests and hurricanes. The pre-show provided an avenue to discuss secondary and tertiary crises while emphasizing USF's community commitment and its core values related to diversity and inclusion.

Social media was used for live Q&A weekly, which not only gave the 8,000 viewers a chance to ask questions via hashtags but also provided an avenue to generate chatter. Gems of wisdom were shared, participants reacted to faculty, and an informal community sprang up. More than once, #USFpostcrisis and #Mumavirtual became trending topics in Tampa Bay.

The certificate was a PR and marketing win. Post-certificate, USF surveyed completers, non-completers, and waitlisters to determine whether a second program should be offered, and if so, at what price point, and to gauge interest in graduate programs. As a result, the recorded content was used for a second offering for a modest fee, and graduate inquiries increased.

The impact comes down to people. Hundreds of participants were struggling to with pandemic consequences, and this certificate was a needed hand of support to those seeking to re-tool themselves during a crisis.

It helped those in leadership positions think differently so their companies could survive the pandemic and concomitant economic crisis. The program helped them determine new ways to support employees and lead teams as companies shifted to remote work and remote programs. It sparked creative thought.

For many, the certificate helped with employment searches. Job seekers networked and added the Credly digital badge to their LinkedIn profiles. Some blogged about lessons learned. For others, the certificate sparked an interest in business education, particularly for those whose careers were unrelated to business. Many of the participants were from Disney and Universal Studios and had degrees related to entertainment. Several participants said that while they remain entertainers, this program helped them better understand that they must think like business leaders and entertainers.

Finally, the program helped some come up with innovations that they could use to not just survive the crisis but to thrive during it. For example, one participant said the program sparked an immediately applicable business idea that helped a family member's cleaning company change its focus at a time when people were pulling back from services that brought people into one another's homes. The owner shifted the service to include sanitizing, changed its messaging, tweaked its service offerings, and generated a new income stream from corporate clients it had not served before.