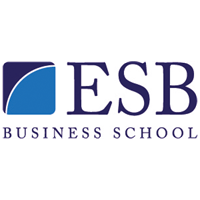 Climate Action Simulation uses interactive role-playing to engage people across the political divide on climate issues and motivate them to act.

Traditional climate change communication has focused on one-way dissemination of insights by climate change researchers. Typically, these experts would inform educational institutions, media representatives, corporate leaders, and politicians about their research and expect them to want to learn more about the topic and change their behavior. But, as John Sterman from MIT Sloan stresses, “research shows that showing people research doesn’t work.” We thus developed the simulation-based role play Climate Action Simulation in a joint effort between the NGO Climate Interactive, the MIT Sloan Sustainability Initiative, the Climate Change Initiative of University of Massachusetts Lowell, and ESB Business School.

In a worldwide study on a similar simulation’s impact, involving more than 2,000 participants from high schools, corporations, and government, we show that such interactive role-playing games increase the sense of urgency, the desire to learn more, and the intention to act—even across diverse political beliefs.

In the Climate Action Simulation, participants are enabled to learn for themselves about climate change science, the processes of the international climate negotiations led by the United Nations, different viewpoints in these negotiations, and possible policy initiatives on how to tackle the climate crisis. Whereas traditional climate change communication often projects a disastrous future, many participants in the Climate Action Simulation leave the simulation with hope and a positive feeling that we can still create a sustainable and thriving future for all on our planet.

In the Climate Action Simulation, participants take on roles as delegates of global stakeholder groups—including renewable and conventional energy, industry and commerce, agriculture and forestry, government, and climate activism—in a fictitious climate summit hosted by the United Nations. The goal of the summit is to limit global warming well below 35.6 degrees Farenheit (2 degrees Celsius) until 2100. A facilitator takes on the role of the U.N. secretary general and welcomes the delegations. Participants are briefed about their delegations’ positions and about the latest climate science. They then negotiate which policies and actions they would or would not implement for tackling the climate crisis. After negotiations, the delegations’ representatives present their group’s position and their pledges in a plenary talk.

The pledges are entered into the En-ROADS climate energy simulation model—a transparent and freely available computer model developed by Climate Interactive and the MIT Sloan Sustainability Initiative. It is used by actual policymakers and corporate leaders, which enhances the realistic feel of the game. Participants immediately experience the impact of their pledges on the climate-energy system, and thus on temperature increase until 2100, enabling them to further explore the system. Typically, pledges fall short in the first round of negotiations and participants must continue to negotiate with each other until they have reached the climate goal. The session is followed by an intensive debrief.

From a learning impact perspective, more than 81 percent of the participants in our simulations have stated that they are more motivated to act against climate change. En-ROADS enables them to test their understanding of the climate-energy system, to change assumptions in the model according to their mental models, and to learn for themselves—without somebody telling them what to do.

The innovation has also had a broader impact on society through its diffusion model. In total, more than 85,000 people in nearly 100 countries have participated in the Climate Action Simulation (launched December 2019) and its predecessor, the World Climate Simulation (launched November 2015).

We see it as our task to diffuse the two simulations in the German educational system, at both high school and university levels. We collaborate with the Ministries of the Environment and of Education of the State of Baden-Württemberg and the leading Klett Publishing Group for continued diffusion. Translations of game materials exist for the World Climate Simulation, and we are currently work on translation of materials for the Climate Action Simulation. The Klett Publishing Group will include the games in its upcoming geography book for 11th graders.