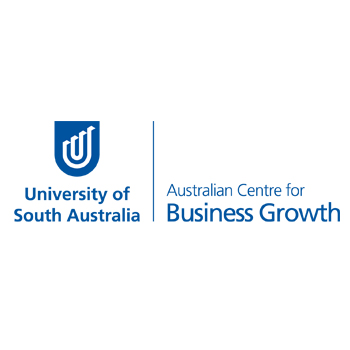 Customized programs provide CEOs and executive teams of small and medium companies the knowledge and skills needed to accelerate growth and compete in a global marketplace.

In Australia, 97 percent of all enterprises are small and medium companies (made up of five to 199 employees). They employ 44 percent of all working adults. Enabling these companies to achieve sustainable growth is critical to Australia’s economic prosperity. Although many CEOs have a deep knowledge of their industry, too few have the knowledge, skills, and experience required to grow.

The University of South Australia’s (UniSA) strategic plan, Crossing the Horizon 2013–18, positioned itself as “The University of Enterprise,” contributing innovative solutions to social, economic, political, and technological challenges by building and maintaining productive partnerships with industry, business, and the community.

In 2014, the UniSA pro vice chancellor for business and law established the Australian Centre for Business Growth to provide CEOs, doctors of medicine (MDs), and executive teams of small and medium companies the knowledge, skills, and experiences they need to grow their companies and compete in a global marketplace.

For the business school, it is both a moral and strategic imperative to assure a vibrant environment for highly skilled graduates and alumni. The first partner for the program was ANZ Bank, which wanted assistance in identifying and supporting companies with the potential to grow.

Since then, three state governments have joined in supporting the program and are developing their own understanding of the leadership requirements as well as creating conditions for business growth, while also supporting the rapid growth of successful companies across industry sectors.

CEOs are initially exposed to the program through short forums where the framework and case studies are discussed. Most begin with a one-day clinic that provides a growth plan, which is then followed by participation in the full program with the CEOs’ executive team.

The clinic, which is designed for CEOs and MDs, is focused on identifying what is stopping company growth and what CEOs can do to accelerate growth. Working with growth experts, CEOs review the evidence on their company capability and their responsibilities as leaders. They develop a company growth action plan and leadership development plan.

The program is designed for the CEO or MD, plus at least two members of their executive team. It consists of three, three-day modules that teach executive teams how to lead, manage, and grow their companies.

Executives dive deep into what it takes to build a strong organization that can:

There are three separate aveneues for participating in the program depending on which of the three partners is running it, as well as one open program.

The partnership with ANZ Business is for ANZ Business customers only and is available to their customers in both Australia and New Zealand. Thus far, 75 CEOs have participated in the clinics and 10 companies have completed the growth modules.

Since the Australian Centre for Business Growth was founded three and a half years ago, it has achieved the following results:

The impact of the growth programs on CEOs and executives who have implemented what they learned at the clinics and modules is significant. The 140 companies that attended clinics and modules between 2014 and 2017, and that responded to the longitudinal survey, increased revenue by 30 percent (approximately 400 million USD), increased profit by 75 percent (approximately 65 million USD), and created 777 new FTE jobs.

As a specific example, the first five companies in the South Australia programs in 2016–17 showed an 8 percent revenue increase, a 188 percent profit increase, and over 16 new FTE jobs created.

The center’s ANZ Business Growth program was honored with a silver award by the European Foundation for Management Development (EFMD) for its impactful model of engagement with the companies and its impact on the sponsoring organizations.

← Back to 2018 Innovations That Inspire