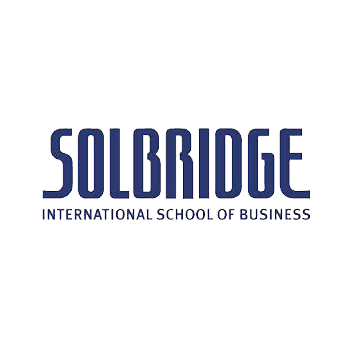 The student SolBridge Debating Society serves as an instrument for promoting social change, empowering students as change agents and developing a leadership and entrepreneurial spirit within the individual.

SolBridge Debating Society (SDS) was started with the express purpose of developing the soft-skill portfolio of students. The SolBridge student body is extremely diverse, representing over 40 countries. Debating is intended as a means to develop leadership, soft skills, and cross-cultural integration. The society membership grew to over 30 students in a short span of time, and SDS went on to win important championships such as the China Debate Open (twice), the Hong Kong Debate Open, the Kyushu Cup, the KIDA Open, the Korean National, and the Asian Debate Institute.

While SDS relished its success, the school felt a need to link this visibility to the fulfillment of the institutional mission beyond soft skills, specifically with reference to social responsibility, leadership, and entrepreneurial spirit. The SDS faculty immediately seized this opportunity. The city of Osan in Korea suffered from brain drain, with their best students migrating to the nearby larger cities of Seoul and Suwon. The mayor was eager to find a way to alleviate the problem. A faculty member recommended a mentoring program in which SDS students would coach and nurture debate clubs at local schools. The program also targeted maladaptive, at-risk youths (those with track records of bullying behaviors) to bring about improvements in their communication skills and social competence.

The program was an opportunity for SolBridge students to develop their leadership skills in the field while experiencing a sense of positive contribution to society. The program also allowed students to act independently, helping to instill entrepreneurial zeal in them.

SolBridge’s objectives with this innovation include the following: (1) to encourage constructive social change with SDS students as change agents, (2) to further promote domestic institutional visibility, (3) to instill a spirit of social responsibility among students, and (4) to foster a leadership and entrepreneurial spirit within students. SDS entered into an MOU with the city for the Osan City Debate Project, in which SDS students would coach and nurture debate clubs at Osan middle and high schools. A five-step, five-year process for education reform was charted with the following timelines:

SolBridge offered initial support to the SDS students, and from year three, the city began to fully fund the program. Since March 2012, an aggregate of over 100 SolBridge students (an average of 15 students per semester) spent approximately 2,000 hours in Osan. Over 20 schools (elementary, middle, and high schools) now take advantage of these activities. The total number of Osan school students who have participated has surpassed 800. In addition, under the guidance of SolBridge faculty, teachers in the region formed a Debate Research Group, with over 50 teachers involved with the organization.

The impact of this program for society and for SolBridge has been remarkable. First, the debate format developed for the Osan city schools classroom instruction and tournaments has become a brand name (the Osan Format) and is now used at various schools throughout the nation.

Second, two Osan city schools (Sema High and Uncheon Middle) won national-level championships in August 2015, events that are normally dominated by students from the affluent Gangnam District in Seoul. More importantly, at-risk youths at the Osan Middle School who participated in an eight-week program showed significant improvement in communication skills and social competence. The club went on to become the champions of a city-wide tournament, demonstrating that debate programs are not solely for elite students and can make a positive impact on maladaptive students by channeling their energies.

Last but not least, the project generated paid internships for SolBridge students on a regular basis with the Osan City Hall. A former mentor (Juseung Yi) started a social enterprise called Debate For All. His company has become profitable, surpassing 300,000 USD in revenue over the past year. Two other debaters (Hyun Song and Madiyar Khossediyas) have also started a business presentation consulting venture with significant work in Kazakhstan.

In the near future, we will extend this program to Cheongju City as a possible partner and reach out to more distant provinces a few years from now. While we have some non-Korean students in the program, we plan on increasing their numbers.