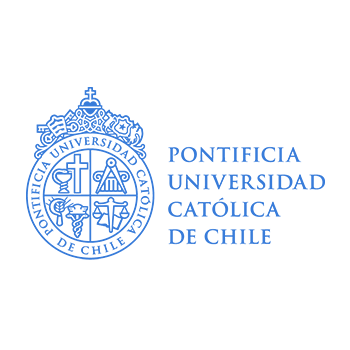 The Changemaker Academy of Social Innovation seeks to train the next generation of social innovators to collaborate in the sustainable development of the planet.

The creators realized that there was a lack of spaces that promoted learning and reflection and allowed empowered students to find answers to challenges in an increasingly chaotic and complex world. Additionally, there was a lack of an interdisciplinary and inter-university space that promoted a holistic approach to emerging challenges, a space where business students could work alongside social work, design, or engineering as well as students from other universities. Finally, in the emerging social innovation ecosystem, there was a lack of professionals trained to work in new business models, such as B Corporations. Additionally, there was a lack of entrepreneurs that started businesses with the goal of generating social value alongside profit. This was a shared diagnosis with the representatives of B Corporation and Ashoka in Chile, institutions with which CoLab has worked since its beginnings.

The Changemaker Academy’s social innovation model is centered on collaboration between university professors, mentors, and university students and their connection with their own motivations, knowledge, and actual community problems. The mentor accompanies the social change agent throughout their formation process, connecting the agent with the social innovation network. The facilitators are university professors who have acquired Art of Hosting tools and are in charge of creating the environment and the transformative experiences. Simultatneously, the social innovation ecosystem (the state, foundations, NGOs, B Corporations, and others) is constantly connecting with key players. The model consists of eight moments.

The experience begins with the creation of a self-learning contract and an exploration of the different ways to become a changemaker. Second, the changemakers map the challenges and the opportunities that exist today in their community, the country, and the world. Third, the interdisciplinary teams are formed and think of ways to form a social value creation model in response to a particular problem. Fourth, the group experiences an immersion in a community, affected by a specific problem, who will allow the group to feel empathy with the problem. Fifth, the ecosystem gives the group feedback and connections that will be used in testing the hypotheses. Sixth, the students create a preliminary product or service, which will allow them to see how the end users respond to their idea. Seventh, the students learn how to measure the impact of their idea and create a theory of change for their model. Finally, each team presents its idea during a demo day, when some team members are given internships in social businesses and organizations involved in the social innovation ecosystem, including positions in Sao Paulo, Brazil; Bogotá, Colombia; and San Francisco, USA.

The Changemaker Academy is an interdisciplinary and inter-university program with three fundamental objectives: (1) create agents of positive social change who catalyze sustainable development in our economies; (2) connect actors in the ecosystem with the diverse realities of the country in which they work, supporting the emergence of new ideas and projects that bring solutions to problems our country is facing today through new, sustainable business models; and (3) communicate and disseminate the idea of social innovation (its tools and models) as a way to solve the country’s social/environmental problems.

Approximately 150 students from various universities and 15 different academic programs have completed the program. Of these 150 students, 15 percent came from business schools. Different versions of the course have been implemented in the Pontificia Universidad Católica de Chile’s business school as well as in Antofagasta, a northern region of Chile.

In Antofagasta, professors from three of the best universities of the region have taken the reigns of the program and have co-created an inter-universitary social innovation school that today is an elective course split between the three universities. Seven students have completed internships in other countries’ ecosystems. More than 300 people have completed classes and have formed formal alliances with the KaosPilot school in Denmark, the Team Academy in Spain, and the Insitituto Elos in Brasil. In total, more than 15 social businesses have been started through the last two programs.